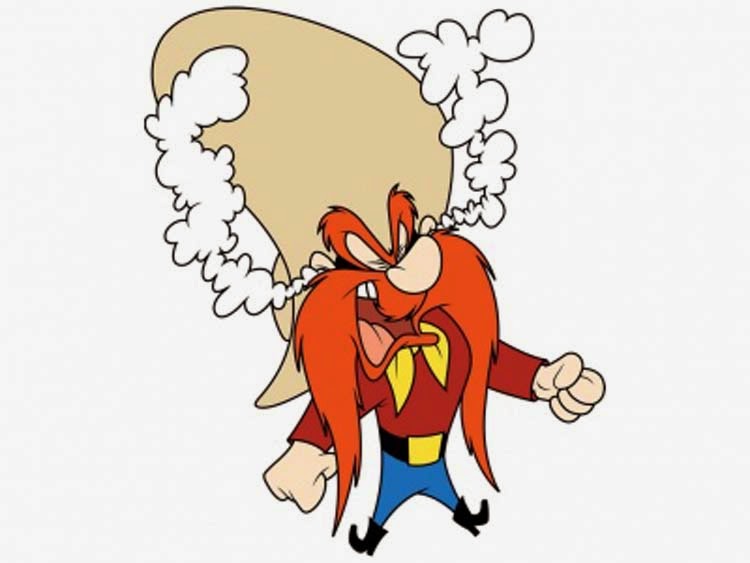 When I was a kid (and probably even now), nothing was quite as funny as Yosemite Sam swearing. Probably because although the actual words were unintelligible, even as kids we knew that what he was saying was pretty bad. But words like "rackafrassen" were somehow far far funnier than if Yosemite Sam had been saying the same words we had heard grandpa use!

Unfortunately these days, all one has to do is listen to someone using "ghetto language" at high volume on their cellphone in a public place, and it will put Yosemite Sam, grandpa, the Soprano's and a fleet of sailors to shame. How unfortunate if this is to become the "norm."

CuTRis
I'm trying to find the magic in life.